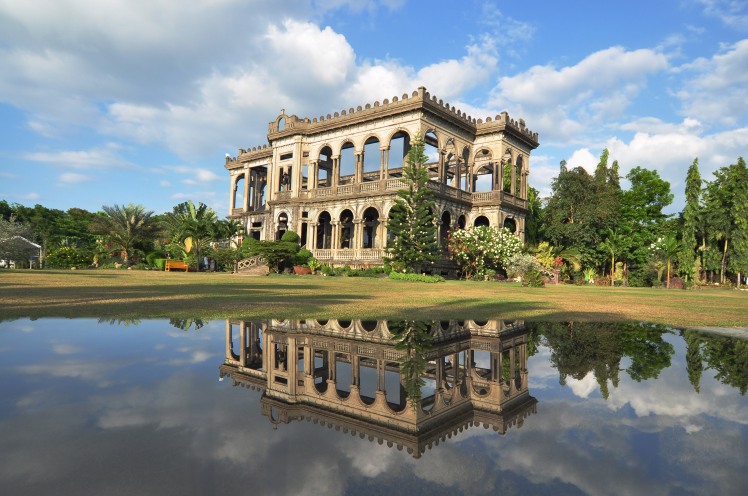 Or simply, the Ruins.

I thought I would be writing about its history. Or about the tragic love story of a sugar baron who constructed it in the 1900s for his wife, who passed away before its completion. I was also trying to envision the burning of the house – a grand mansion made of sturdy narra, tindalo, and kamagong wood consumed in an inferno as its inhabitants looked on helplessly, comforted only by the fact that it would remain untouched by the Japanese conquerors who wished to turn it into a garrison.

After our very brief visit though, I decided I wanted to write about Mars. 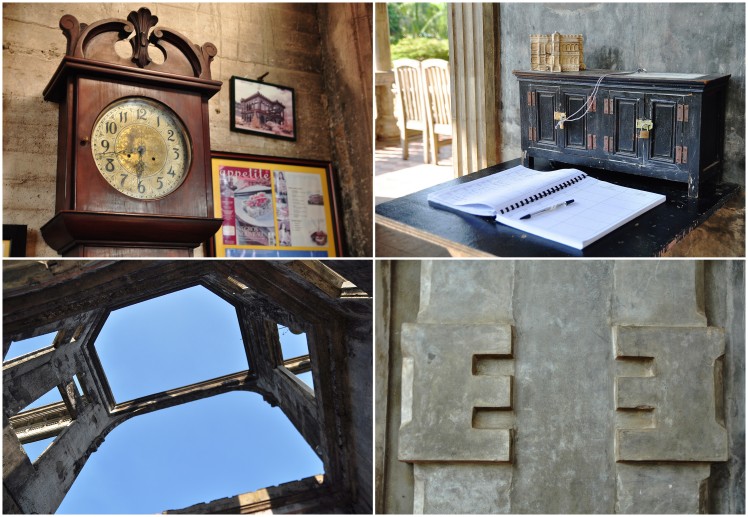 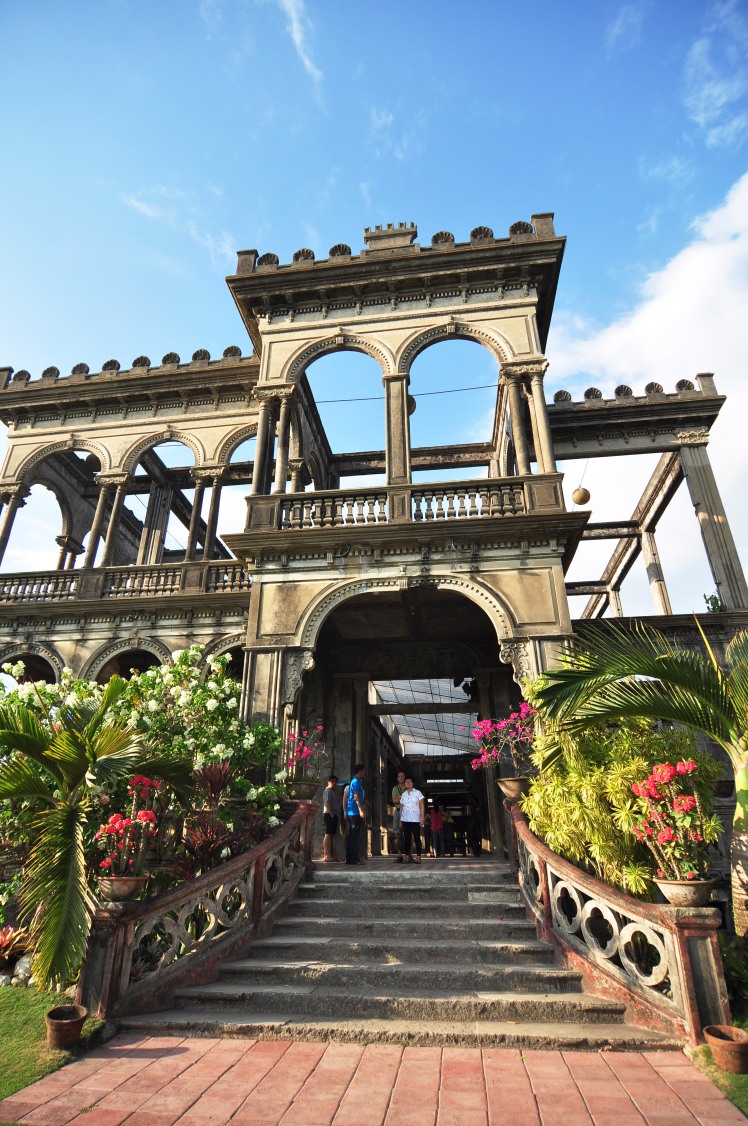 He walked down the steps leading to the main entrance and welcomed us with a wide smile.

“Welcome to my mansion,” he cried out in a hoarse voice. He wore a light blue collared shirt with his name – Mars – printed in white.

This is going to be good, I thought. He led us to a corner filled with photographs in rectangular frames and proceeded to talk about the structure’s colorful history. Don Mariano Lacson had dedicated it to his Portuguese wife, Maria Braga, with whom he had ten children (!!). While pregnant with their eleventh child, she had slipped in the bathroom and died before the doctor’s arrival (he couldn’t do anything because well, he arrived four days late -_-).

During World War II, the mansion was burned by Filipino guerilla fighters to prevent the Japanese forces from using it. It took three days to burn the wood, but the concrete frames remained intact. It seemed like a waste – there weren’t even photographs of the mansion before the immense barbecue. “Okay lang. At least may trabaho ako (It’s okay. At least [because of the what happened] I have a job),” Mars said brightly, and everyone in the group burst into laughter. This was definitely no ordinary history lesson. 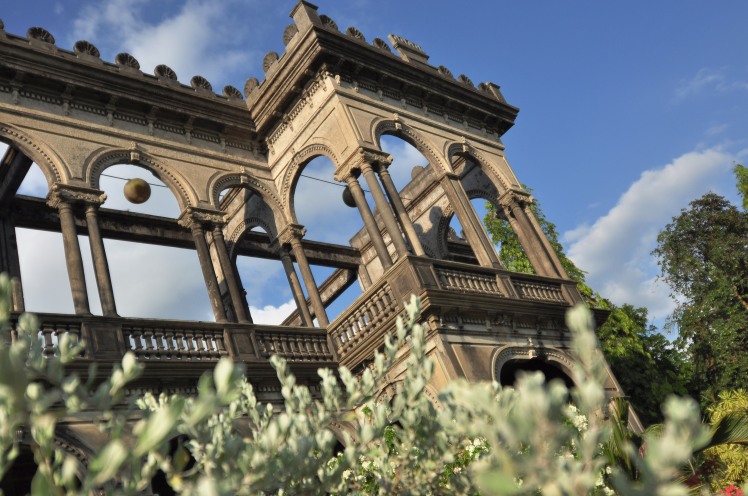 He kept things light and enjoyable, punctuating every interesting piece of information with a joke. I knew it was memorized and perfected from years of practice, but it didn’t feel forced. It was very natural, the way he shifted from serious to comedic and then back again. He spewed out historical facts and details, yet we hung unto every word, and our eyes remained glued to him the whole time. 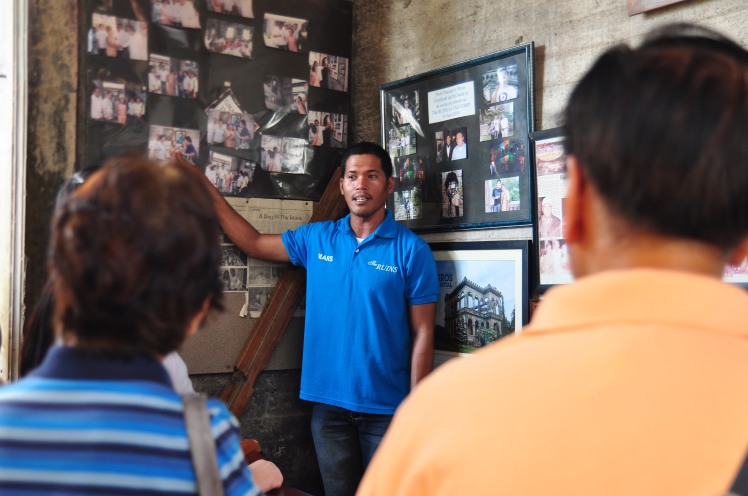 At the end of the tour, he offered to take our photo – mind you, not just one pose in one setting, but multiple shots that had us brisk walking from one part of the ruins to another. He even directed us on the poses for each location. Indoor shot, outdoor shot, jump shot, reflection shot, framed-by-flowers-and-leaves shot  – you name it, we did it. 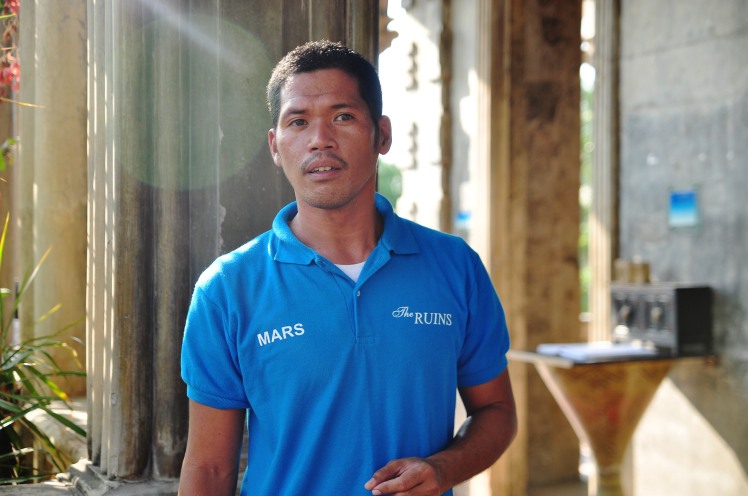 Afterwards, I had a chat with him. He revealed that he had always wanted to be a photographer. Coming into the ruins, he had thought that he would be assigned to the cafe as a waiter. He definitely didn’t expect the tour guide position, especially since he was the shy and quiet type. At this, I looked at him with an incredulous expression on my face and in response, he exclaimed, “Totoo! (It’s true!)”

He realized that visitors wanted to learn about the story behind this magnificent structure. He read about its history and started adding to the script to make sure that they would enjoy the tour. That’s pretty much how he had developed his talent in speaking. It was also during these tours that he discovered his love for photography.

A few weeks later, Mars received a manual, which he studied in earnest. When there were words he could not understand, he had someone translate those. After some time, he was sent an empty box of a camera. Then he was given the charger. After that, the battery. And just when he thought he would get nothing more, he got his camera.

He made it a point to make every photo unique, experimenting with different angles and poses when tourists asked him to take their picture. “Kung makita nila na may ka-pareho ni-rereklamo nila sa ‘kin! Kaya iniiba-iba ko ang angle para di pare-pareho. (They complain when they see someone else with the same photograph. That’s why I try to change the angle so the photos aren’t all the same.)” 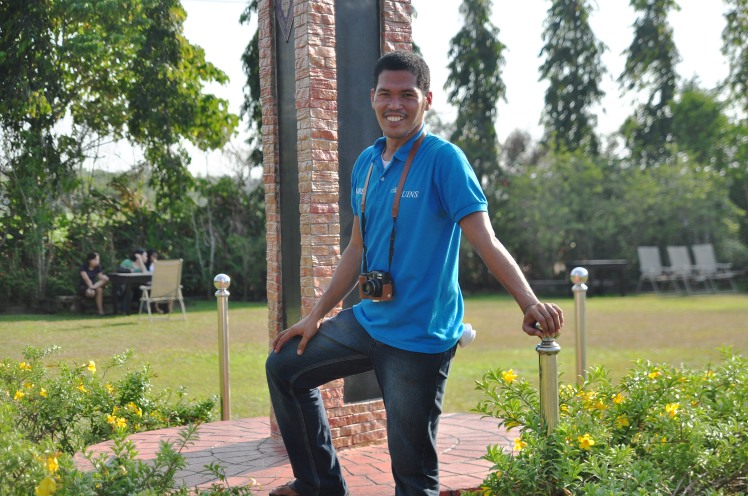 We moved on to talk about other things. He told me he had only finished high school and that he had been a tour guide for five years already. He mentioned that he was diabetic, which made it difficult sometimes to do his job. He had thought of resigning but in the end, he decided to stay because he really enjoyed what he was doing…

By that time, a group of tourists was lingering by our side, waiting for Mars to give them a tour of the ruins. Not wishing to keep him away from work any longer, I asked him one last question: What does it take to become an excellent tour guide?

He answered me with a smile, “Ang kailangan lang ma-enjoy nang lahat. (The important thing is that everyone enjoys it.)”

With that, he walked briskly towards his newly arrived guests to welcome them to his mansion.

The Ruins is located in Talisay City which is 30 minutes away from Bacolod City. It is open from 8:30 a.m. to 8:00 p.m., Mondays through Sundays including holidays. Entrance fee is PhP60 for adults and PhP40 for students and kids. They say the best time to go there is late afternoon when the sun is about to set. There’s a cafe in front of the mansion so you can drink or eat something while you wait for the sunset. 🙂

4 thoughts on “A Glimpse at Mars”