A Piece of Home

When you leave home, you go off expecting to find adventure, excitement, uncertainty, and amazement – words of travelers and explorers, who define each place by a myriad of colorful words that compel people to leave their chair, pack up their things, and seek out new paths. 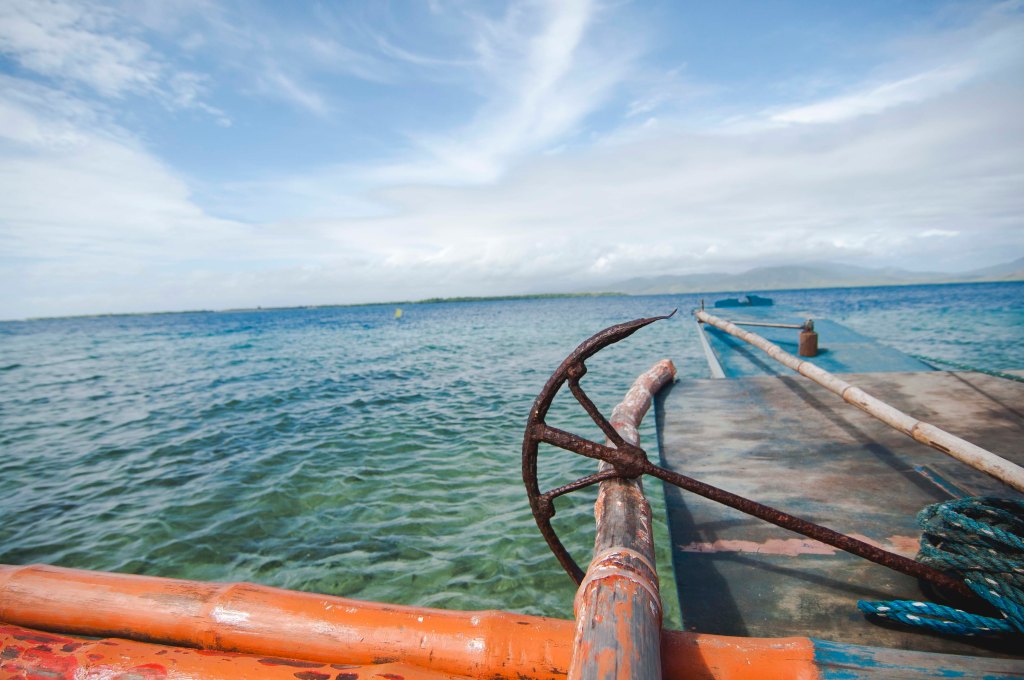 Not many would expect to find in a place the exact thing they left behind, or at least a semblance of it. Home is a word often attached to places that have become all too familiar with the passage of time and lost their mystery, trading in their sense of adventure for one of comfort and security. It is something you return to, when all the adventuring and getting lost is done. I certainly didn’t expect to find it when I set off for Puerto Princesa.

Home is a word often attached to places that have become all too familiar with the passage of time and lost their mystery, trading in their sense of adventure for one of comfort and security.

Going into the city, I knew a couple of things about my destination: Its claim to fame is the underground river, which was recently named as one of the seven wonders in the world. You could go on an evening cruise along a mangrove forest and find the lovely, blinking lights of fireflies on the silhouette of trees. And of course, there are white sand beaches and colorful marine sanctuaries that you could snorkel in. 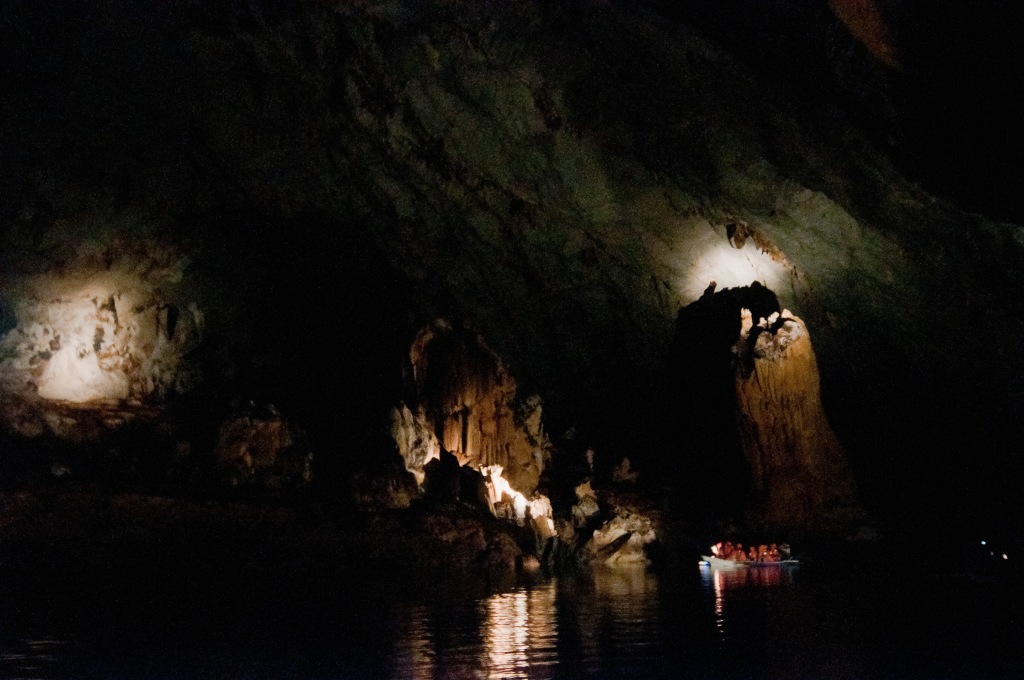 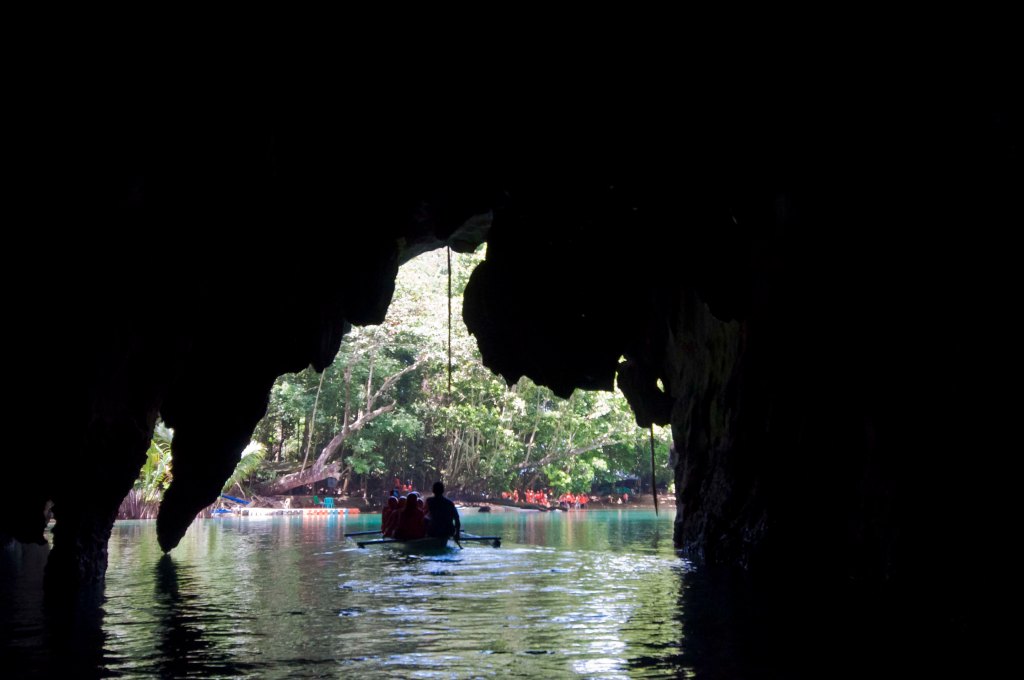 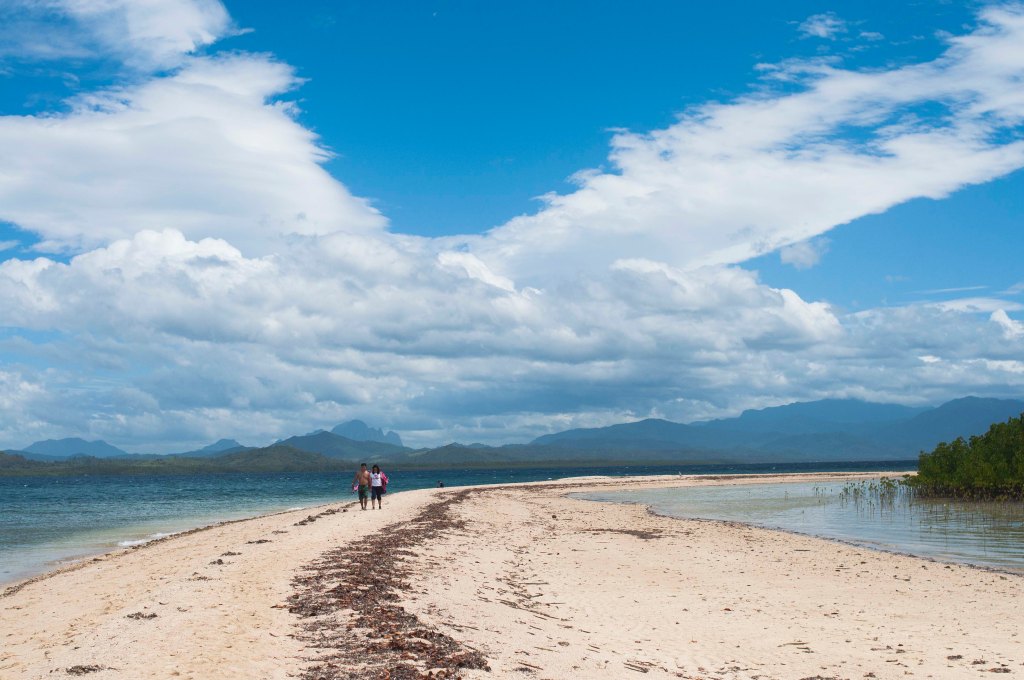 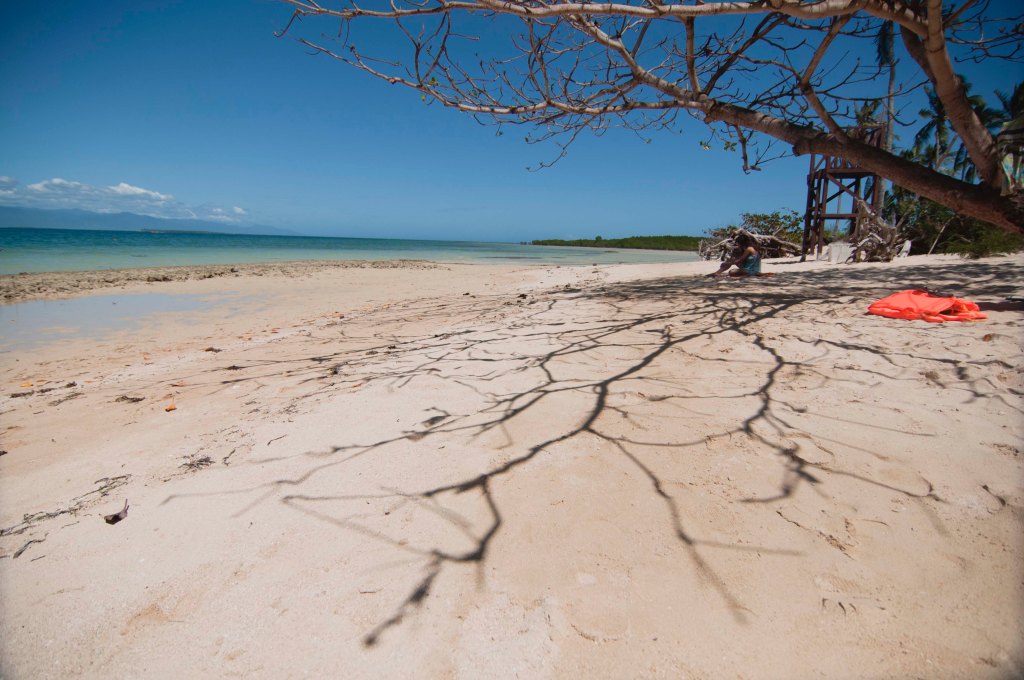 Of course, these read like checklist items from a guide book, the sole purpose of which is to guide its users to see the best parts (as decided by travelers themselves) in the fastest, most convenient way. Look it up on Google and you end up with more or less the same list; ask people who have been there and they’ll say the same. Traveling to Puerto Princesa, I wanted to know the extra something that made it beautiful, the one not on the list or on an article in Wikipedia. But as much as I wanted to stay longer than the five days I was given, I couldn’t, which was why I turned to the people living there, the locals – for whom the traveler’s destination is simply ‘home.’

Filipinos are known for their warmth and hospitality, always willing to share their home with strangers and foreigners who are lucky enough to stumble upon their backyards or doorsteps. Ask a Filipino about his home and he will gladly tell you all about it. 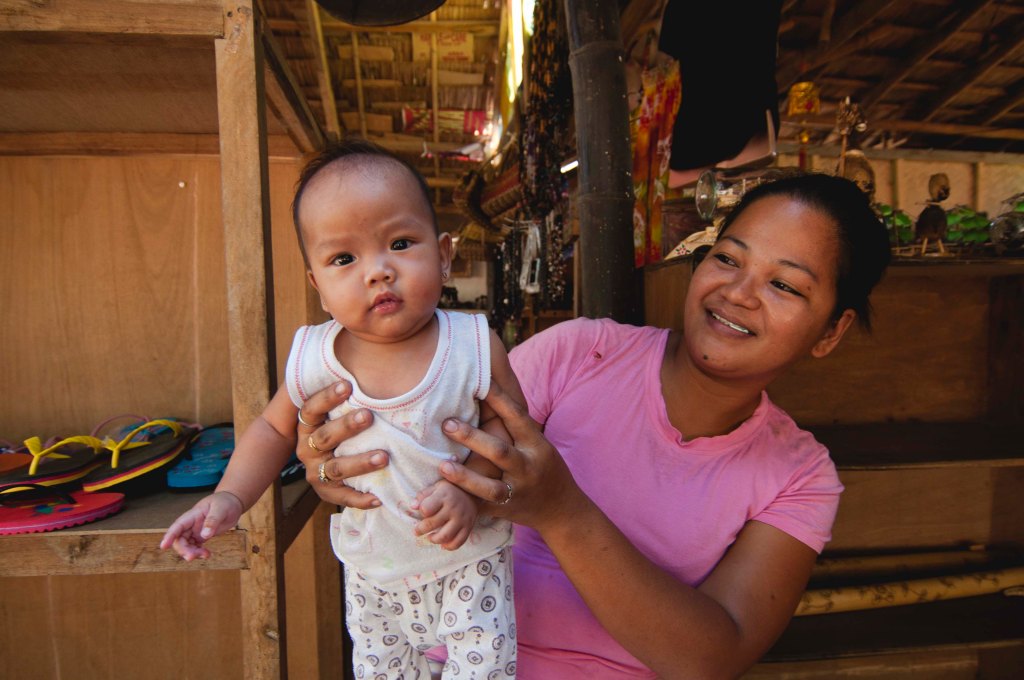 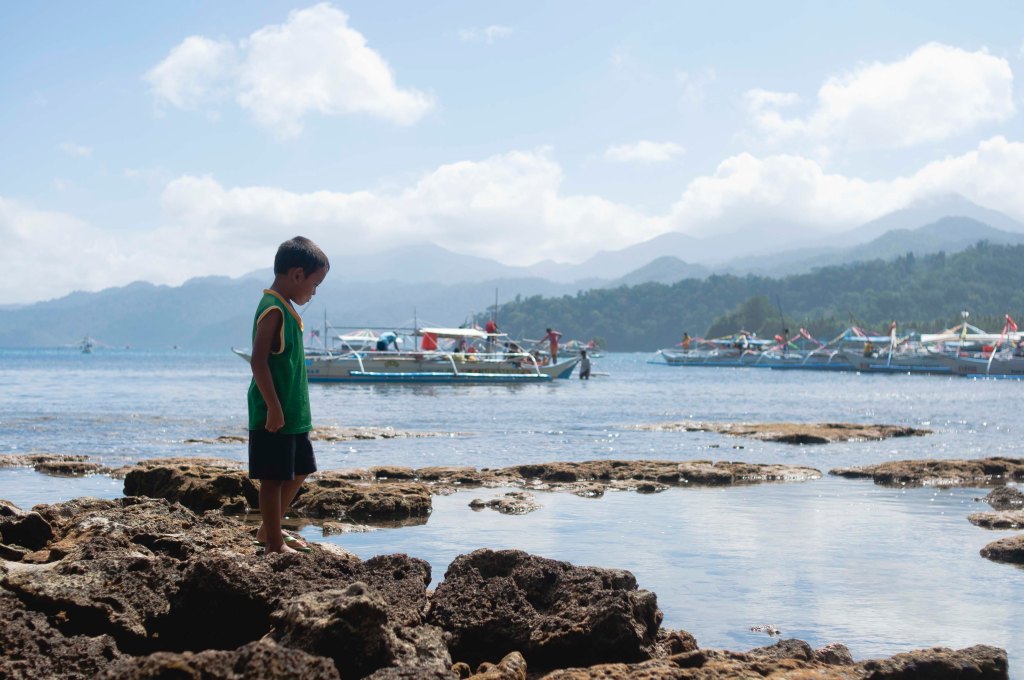 Those three little boys sitting on the spread of dark rocks, catching fish with only a thin, translucent line and a half coconut shell? Approach them and ask what makes home beautiful and in a heartbeat they would answer, “Isda” (fish), while proudly showing their catch for the day. The man transporting coconuts from his boat to the shoreline would tell you, “Kahoy” (wood/trees). The tour guides, assigned to their respective tourist spots, would rightly claim their own as the jewel of Puerto Princesa. This would be followed by either “Also, the tourists who come to visit!” or a self-proclamation, a recognition of their own efforts at maintaining the cleanliness of the environment. “Of course, we too have a hand in keeping the place beautiful,” one said. 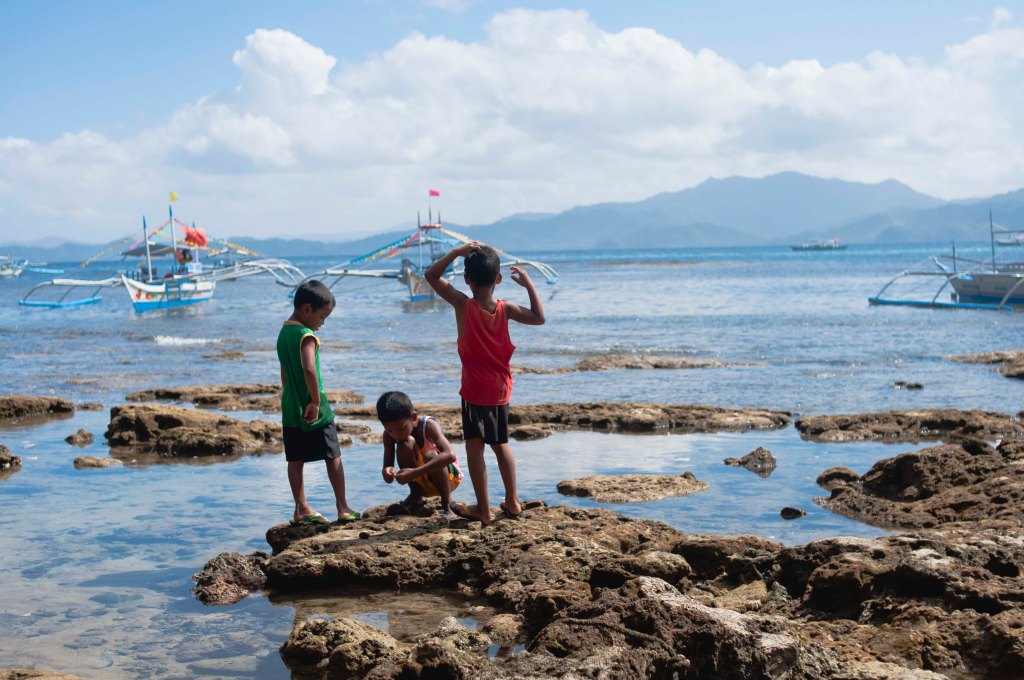 For those who moved to Puerto Princesa from another province – and there were a number of them – the words “Tahimik (quiet),” “Safe” or “Peaceful” escaped from their lips as they sang praises for the place that offered them respite from say, the busy, bustling streets of Manila or the conflict in Zamboanga. They are perfectly happy where they are now, and I see their contented smiles, their calm demeanor, and mild-mannered ways, and I know it is true. When they talk about home, their eyes are wistful and their expressions genuine. Home is this. And it is as if they are pushing the door open, asking me to cross the threshold, so I can experience it for myself. 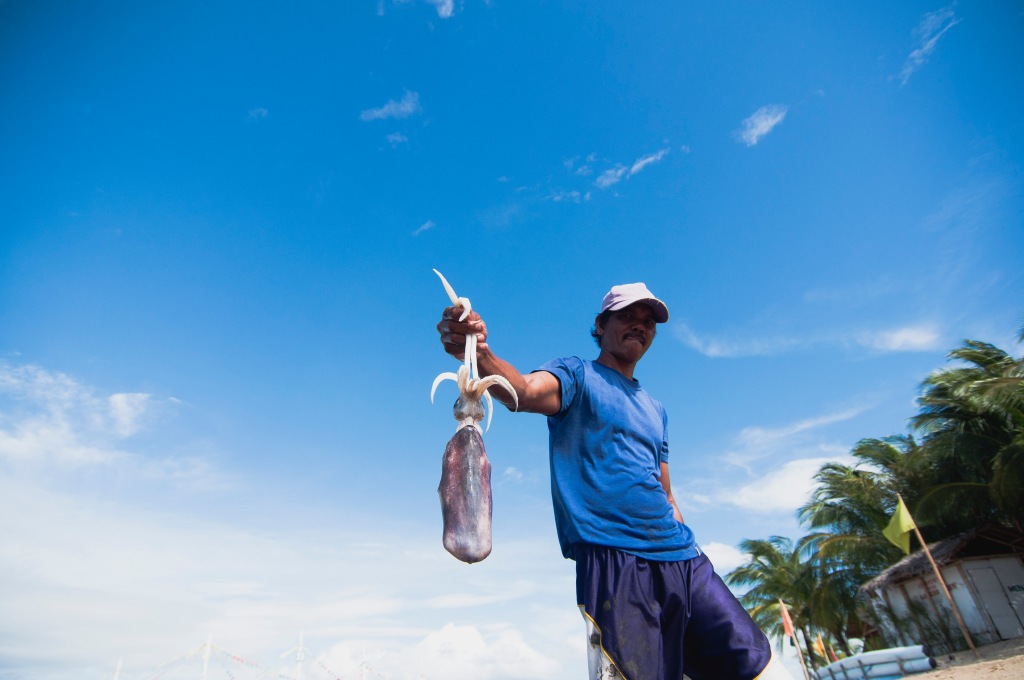 Ask a woman who has lived there all her life and she will tell you that Puerto Princesa has changed throughout the years, but not really. That the tornado of modernity has swept past it and dropped hotels, resorts, restaurants, and a troop of tricycles ready to take you anywhere (one driver tells me that in 1998, there were only a handful), but it has still maintained this quality of old-ness, this rural sort of beauty and – oh, what’s the word?

She struggles to find the one word that would encapsulate her already long-winded description. “Rustic, maybe?” I offer. And her face breaks into a smile as if to say “Yes, that’s it!” and goes on to elaborate on about the qualities that make it homey and laid-back. 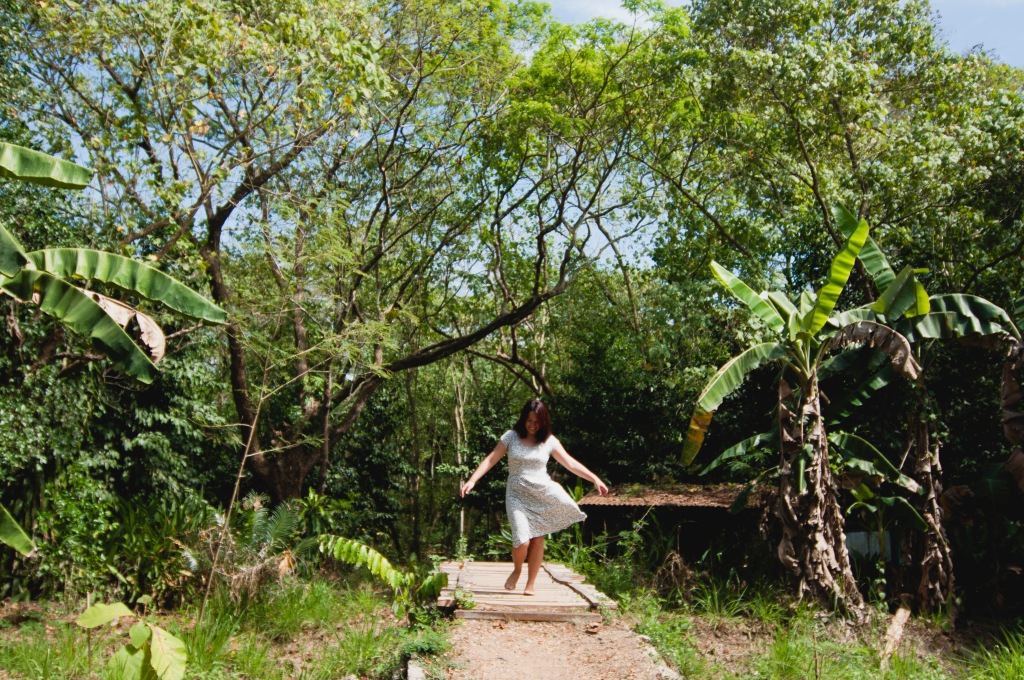 Quite selfishly, I started asking people their descriptions of Puerto Princesa for myself – I wanted to soak up as much of the place as I could while I was there. With the steady influx of tourists, it’s hard to get an authentic feel of a destination, when it’s all fluffed up and always putting its best foot forward. So I turned to the people with questioning eyes and asked them to give me a piece of Puerto Princesa that has not been modified, arranged, or turned into a practiced spiel sprinkled with carefully crafted jokes. And what they presented to me was a piece of home. Something that was familiar, something rustic, peaceful, and safe – words that they have settled and nestled into, and built a life in. They held it up to me with smiles on their faces, and the words dangled as if from the end of a taut, thin string, glinting like the silver scales of a newly caught fish.

“Home is the nicest word there is.” – Laura Ingalls Wilder

One response to “A Piece of Home”