The Stubbornness of Good People

Following a list of daily writing prompts for April to push myself to write more and this piece is for “12-forty eight”.

He didn’t have to. He didn’t need to.

This is what I thought while listening to the gospel last Palm Sunday.

It occurred to me that the suffering of Jesus was not necessary on his part. He could have chosen an easier path, could have lived a life of serenity and peace instead of being betrayed, perishing in the hands of his people, and dying at the cross. He could have carried out his mission quietly and shown his love for humankind in the usual ways – giving alms to the poor, healing the sick, care for the old and dying. 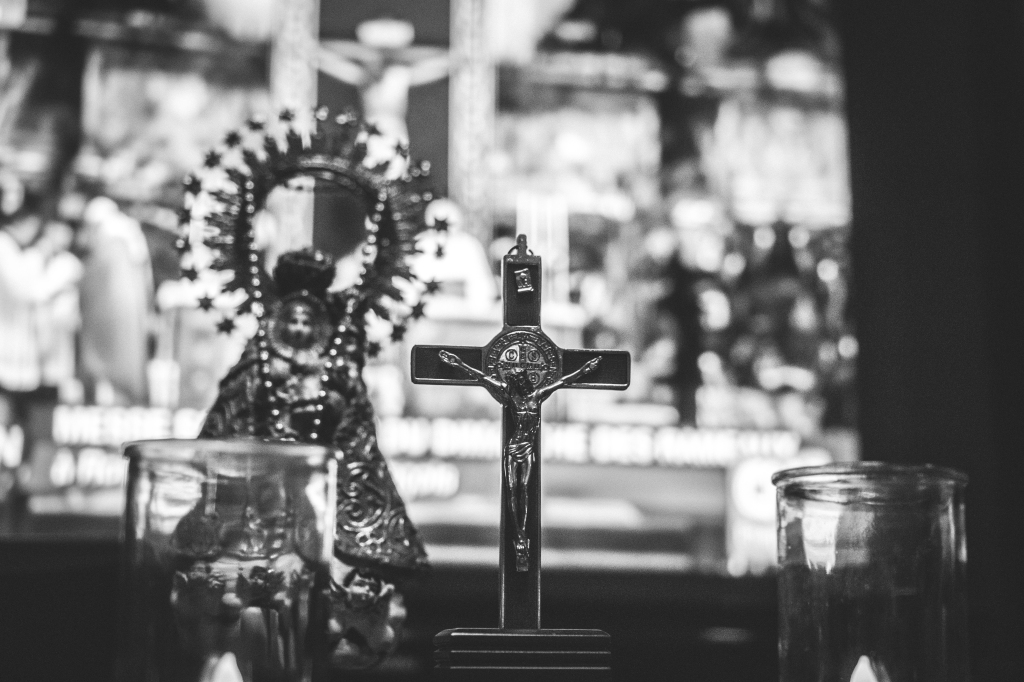 Most good deeds actually seem this way to a lot of people. You didn’t have to go out of your way. You shouldn’t have. You mustn’t bother.

And yet the good ones persist.

Finishing the book about Nelson Mandela that I mentioned earlier, I couldn’t stop myself from being awestruck by the man and all the people beside him who devoted themselves to the higher mission of nation-building. Again, they didn’t have to do all of that, didn’t have to go through the hardships, the headaches and heartaches. Most astoundingly, Mandela did not have to forgive. He had the option not to yield and negotiate in peaceful terms. He had every right to get angry, to retaliate and use his influence against the government. I am amazed at his restraint and ability to think beyond his personal entitlement.

As human beings, we have the right to many things – the right to a home, the right to a nationality, the right to be defended in court…and the list goes on. The United Nations General Assembly made sure of it after World War II and the atrocities committed against millions of Jews in the Holocaust. Signed by 48 members of the United Nations on December 10, 1948, the Universal Declaration of Human Rights contains 30 articles affirming the “inherent dignity and the equality and inalienable rights of all the human family.”

Reading through all of it brings warmth to my heart, knowing that we are all on the same page when it comes to what we deserve, regardless of gender, age, race, or social standing. Though often not legally binding, the Declaration is a powerful force on its own, calling upon our humanity and conscience to treat each other with kindness and compassion.

But when you think about it, every person also has a privilege that could easily offset or serve as a counterargument for each article – the right to do nothing, to be apathetic.

Even in the Bible, we are told that God endows humans with free will. It’s hard to say whether we are predisposed to good or evil, but we do have the ability to keep choosing based on our best judgment. And it is in the choosing itself that carries the struggle – weighing what we have to do and what we don’t have to do. Choosing between personal comfort and what fulfills a greater calling. Choosing between the self and others.

Many times I have debated over this matter with myself. And it always leads to more questions than clarity.

In the end, it is stubbornness that helps me choose what I perceive to be good. I don’t have to do something, but I should and I can so I will see it through. The struggle to do good is real – the call of the couch, Netflix, a good book, a soft bed all keep me conscious of the comforts I’m foregoing. But when real things are at stake – livelihood, homes, human rights, and actual human lives – then that’s when practicing the right to do nothing is wrong.

Reliving the passion of Christ at the end of Lent, I’ve learned what it means to be truly stubborn. Many times, Jesus was given the opportunity to renounce his ways and yield to the Pharisees. But he didn’t. Even as he was asked by Pontius Pilate to help him appease the people, Jesus kept silent accepting his fate. He was resolute, knowing that his death and suffering would serve a higher purpose. It was the will of God, but it was the free choice of Jesus to see it through that saved humankind.

Some call it stubbornness. To me, it is his enduring proof of unconditional love.