It’s raining outside and the sky has been grey since early morning. My planner is lying open-faced on my desk, reminding me of the Super Important Things I have to do today, but my mind is somewhere else completely. The other day my brother asked me why is it that there are people like me who feel the constant need to travel. He was frustrated by the notion because he himself found satisfaction and contentment in a daily routine. Wake up, go to work, go home, have a drink, play PS4, sleep. That’s his idea of a good day.

We argued for a while and I tried to explain what I was doing in my life, that just because I was a bit carefree and restless didn’t mean I was careless and reckless. Once again, I found myself in a position where I had to defend my choices and my lifestyle. I told him that just because I travelled didn’t mean I didn’t do any work, because that would be absurd; I needed to pay my bills and expenses, too. But he wasn’t just questioning the traveling, but also about my start-up business with John – what was it about, what’s the point, why a social enterprise, who were we really helping, etc. He had some serious issues with what I was doing with my life.

I was happy to explain thing to him, but at that moment, I realized that it wasn’t just my brother to whom I was talking; he took on the face of every person who ever doubted or questioned my decisions/sanity.

I don’t know how else to explain my Whys and Hows to the world, because there are days when I lose sight of those myself. But when it comes to traveling, the reason I do it is because it makes me happy. I learn things that I could never learn in a classroom or cubicle. I get to live out the adventures I’ve only read about in books. And in between destinations and constant movement, I can pause and wonder (which is sometimes even harder to do in this age of rapid communication and transportation) at the world and how I figure in its vastness and immensity.

In tear-drop shaped island of Siargao, I learned to find contentment, as cliche as it sounds. Before the trip, I was worrying and fretting over a lack of certain things like money, health insurance, and accolades. I was obsessing over getting old, even though I had just turned 26 this year. I moved out of my parent’s home and I was dealing with loneliness, with having to do things on my own. I was a bag of nerves. I carried around a ball of bad energy that just kept growing and wouldn’t go away no matter what I did. I couldn’t write or paint; everything I created seemed ugly, unpublishable, or just plain stupid. (Looking back, maybe I was going through quarter-life crisis or something haha)

It wasn’t all bad because I had some good friends and family members who helped me get through it, and I am forever grateful for their help. But the anxiety was there and I kept falling into depression, like stumbling into a black hole that sucked me in no matter how hard I tried to escape.

Then Siargao happened. I didn’t expect the trip to save me, only give me respite from the madness. Before riding the plane, I finished all the work I need to do so I could cast away all worries and enjoy the ride, however short it would be. And it took us to some pretty amazing places. 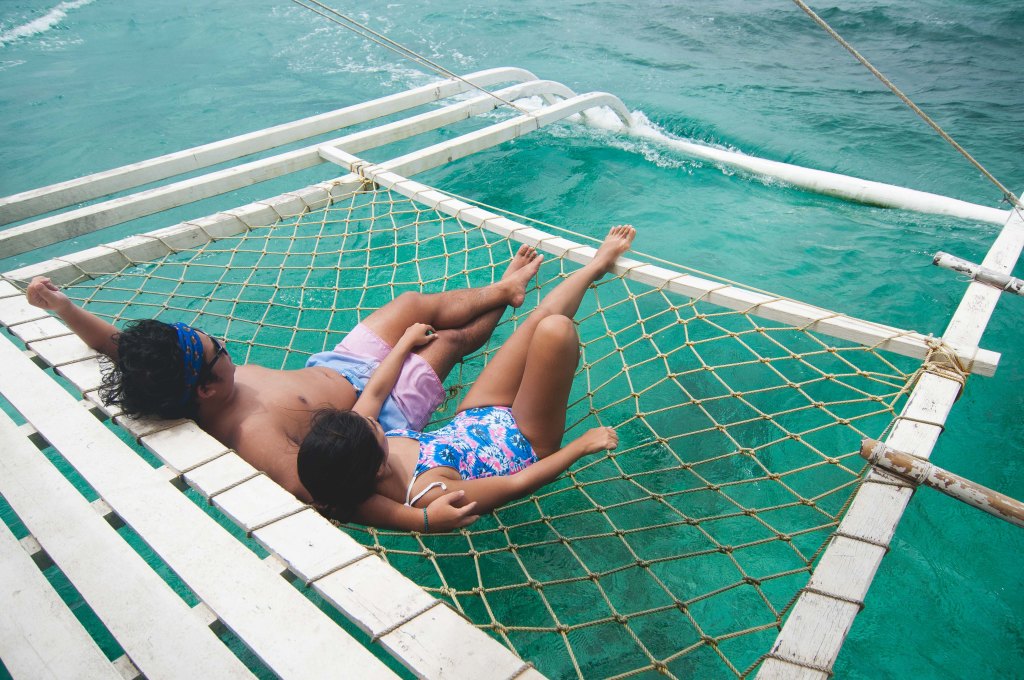 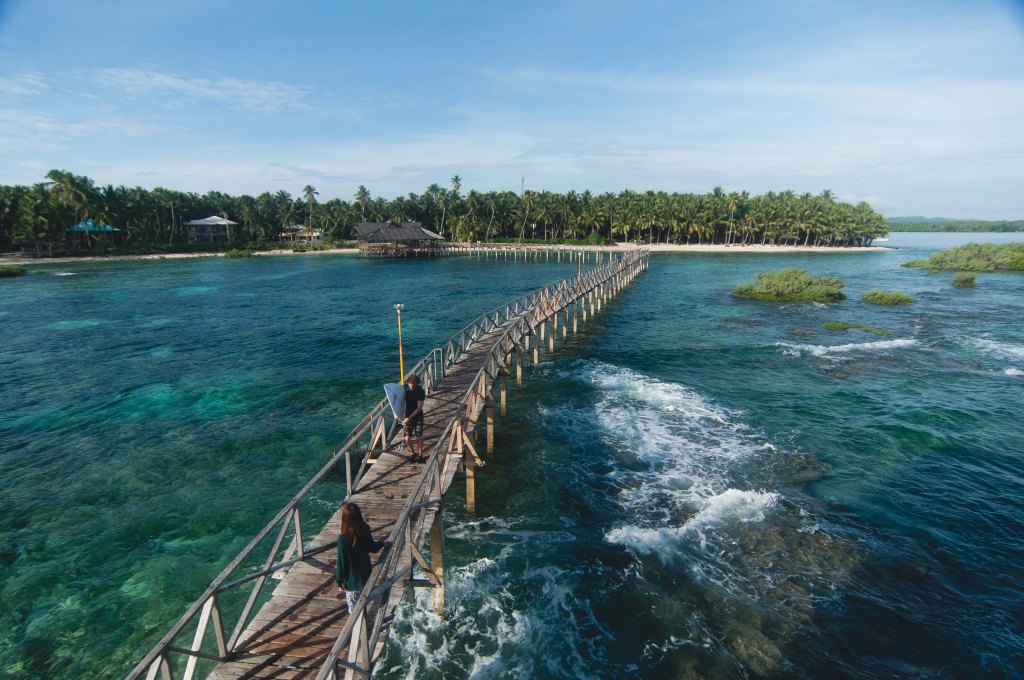 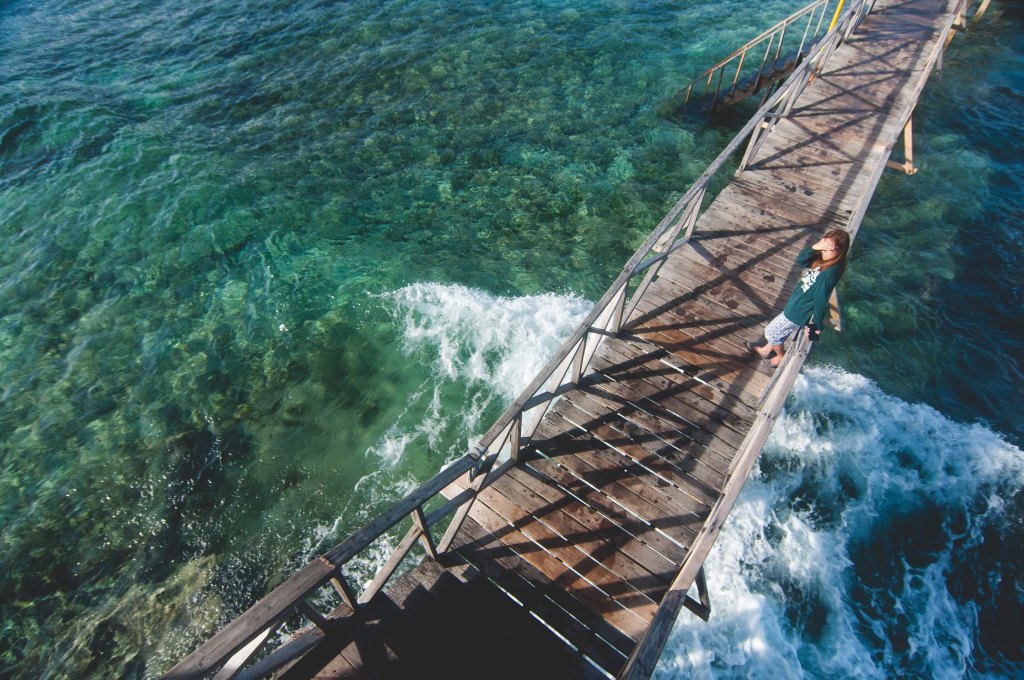 Unlike in the stories I read as a child, there are no clear moral lessons in these kinds of adventures. Life is a big mess most of the time, and we can only afford to see the connecting threads and tie the loose ends when we look back in old age. But the great thing about the present is the actual living through it – we can recognize beauty as it stares us in the eye, see sense in doing something senseless, and understand that the world is so much more than what we confine it to.

In Siargao, contentment washed over me as the waves washed over the sandy shores and the glistening, lime-green rocks. The island’s verdant fields, leafy trees, endless road, sparkling waters, and sun-drenched beaches have all imprinted on my mind and left me with a deep longing to return. Siargao Syndrome, one of the waitresses in a restaurant called it, pointing to the countless city people and foreigners who have come to the island, nestling in its shores and calling the island home. The waitress herself was living proof of this phenomenon. She came to Siargao and went back to Manila. Later on, she bought a one-way ticket to the island, leaving the city for good.

Who knows? Maybe someday I’ll find my way back and never leave. But not anytime soon. For now, work calls; I am back where I started: on a desk, a light rain outside my window, my planner of Super Important Things spread wide open beside me. Still, just knowing that there is such a place as Siargao calms me. It reminds me that no matter how shitty life may get, there is a small island just at the edge of the archipelago facing the Pacific ready to welcome me as it did the others. There, reality is a lot simpler, mellow and infinitely more beautiful.